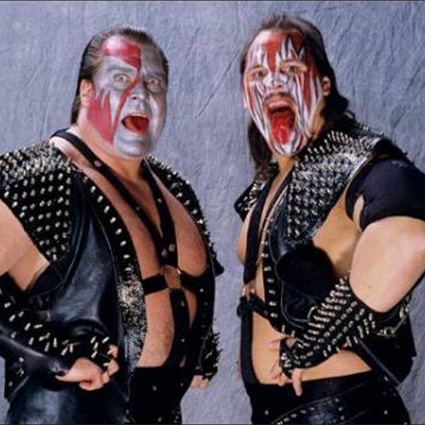 Demolition was a professional wrestling tag team most prominent during the late 1980s and early 1990s in the World Wrestling Federation (WWF) made up of Ax (Bill eadie), Smash (Barry Darsow), and later Crush (Brian Adams.) In WWF, Demolition were three-time Tag Team Champions, and hold the records for both the single longest tag title reign and the most combined days as reigning champions. Beginning in 2007, Ax and Smash reunited for several appearances at various independent shows and legends conventions.

Randy Colley and Bill Eadie created the Demolition gimmick and look around the start of 1987 while working for the World Wrestling Federation. After only a few matches, however, Colley was replaced with Barry Darsow for reasons which vary depending on the source. (Either he was recognizable as the former Moondog Rex or there was a contract dispute with the WWF which led to his leaving the company.)

After debuting with manager Lucious Johnny v, the team was eventually paired with Mr. Fuji, who began to wear Demolition-style paint around his eyes. He led them to their first WWF Tag Team Title when they defeated Strike Force (Tito Santana and Rick Martel) at WrestleMania IV on March 27, 1988.

As champions, they easily defeated a number of the top teams of the WWF, which at the time had a very talent-rich and hotly contested tag division. Demolition held the titles for a record 478 days in their first reigh, until The Brain Busters (Arn Anderson and Tully Blanchard) were able to take the titles in a two-out-of-three-falls match on Saturday Night's Main Event in July 1989. Before losing the titles, Ax and Smash had engaged in a lengthy feud with the Powers of Pain (the Warlord and the Barbarian) that took an odd turn whwen the increasingly popular Demolition were backstabbed by Fuji at the 1988 Survivor Series, with Fuji joining up with the Powers of Pain. Ax and Smash also memorably squared off against each other as entrants #1 and #2 at the 1989 Royal Rumble before being joined in the ring by Andre the Giant.

Demolition regained the titles from the Brain Busters in October 1989, then in December lost them to Bobby Heenan's new team of Andre the giant and Haku, known as the Colossal Connection. Ax and Smash reclaimed the titles at WrestleMania VI to become three-time champions. 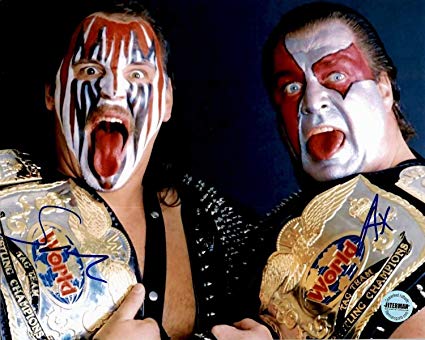 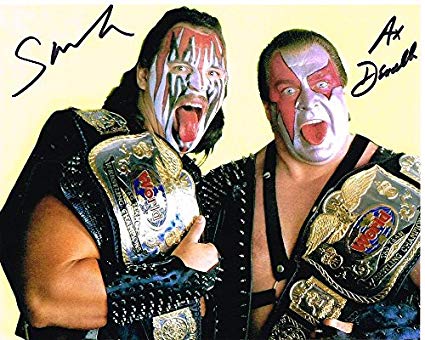 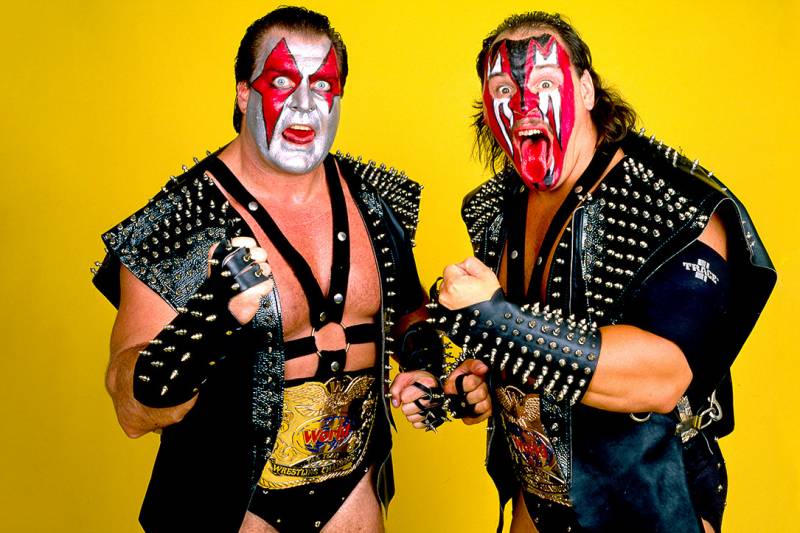