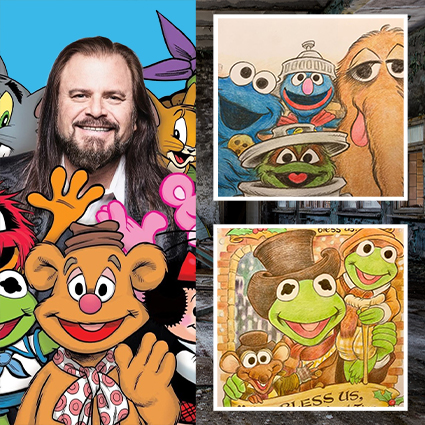 World-renowned illustrator, author, comic strip artist, and songwriter, Guy Gilchrist is best known as Jim Henson's cartoonist.  He created the “Muppets” comic strip (printed worldwide in 660-plus newspapers daily from 1981 to 1986), and was instrumental in Henson's "Fraggle Rock," and the creation of “The Muppet Babies.” Some of his iconic Muppets artwork was enshrined in the Smithsonian Institute in Washington, D.C. and his work was declared a National Treasure in 1984 by First Lady, Nancy Reagan. Throughout the years, Guy Gilchrist has set his hand to some of the most beloved, high-profile cartoons, such as "Teenage Mutant Ninja Turtles,” “Looney Tunes,” “Tom & Jerry,” “Tiny Toons,” “The Pink Panther,” “Minnie Mouse," and others.

In 1995, Gilchrist took control of the internationally syndicated, long-running comic strip, "Nancy," originally introduced to the public in 1938 by the celebrated illustrator Ernie Bushmiller. Gilchrist returned the strip to the simple, yet impactful, illustration style introduced by Bushmiller. Like its creator, Gilchrist would also often inject subtle, yet meaningful, sub-themes in the panel's background. Reflective of Gilchrist's love for music and life in Music City, characters were often drawn wearing concert T-shirts or listening to music; Aunt Fritzi was portrayed as a music critic; and occasionally, artists were drawn in cartoon form or given a personal shout out. In 2013, Gilchrist proudly identified Three Rocks (the fictional home of Nancy) as a small suburb located on the outskirts of Nashville—forever cementing the strip with the iconic "it" city.

Gilchrist is also an award-winning writer and illustrator of children’s books (42 titles to his name, including the acclaimed “Night Lights & Pillow Fights”), garnering Reuben Awards from the National Cartoonists Society in the Best Book Illustrator category in both 1998 and 1999, and three Children’s Choice Awards by the International Reading Council. 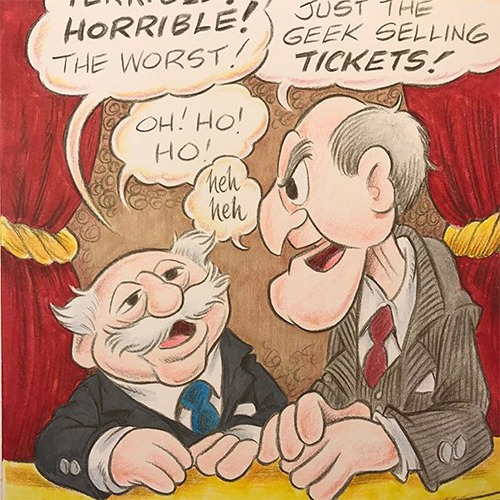 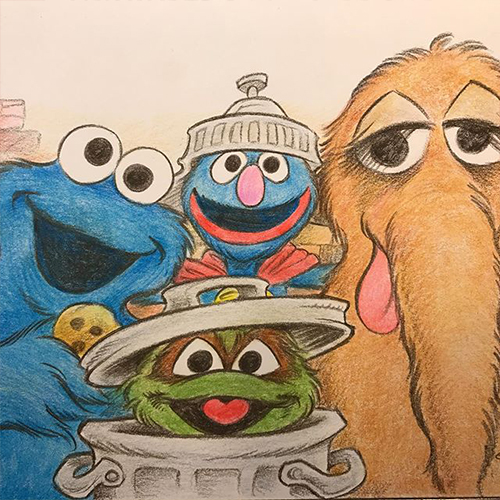 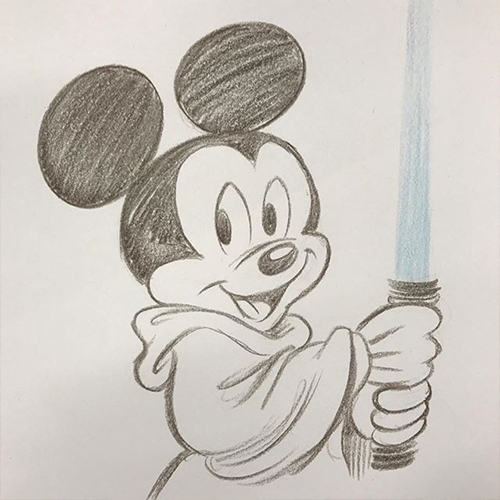 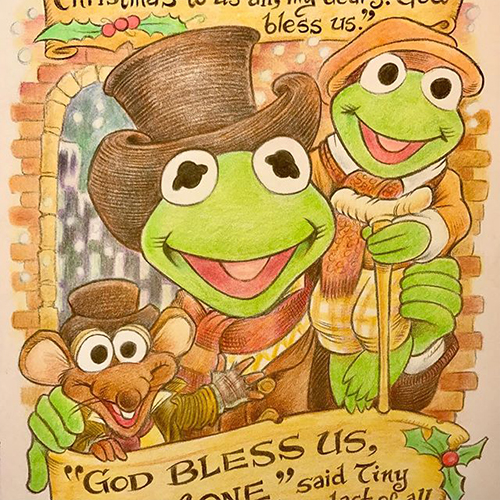 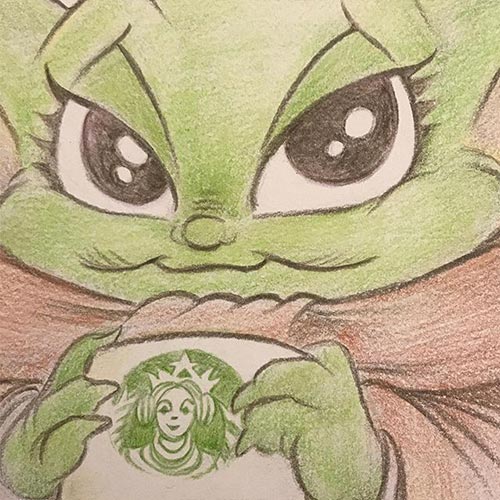 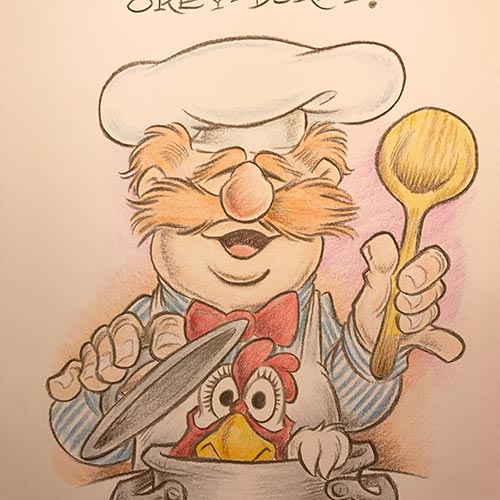 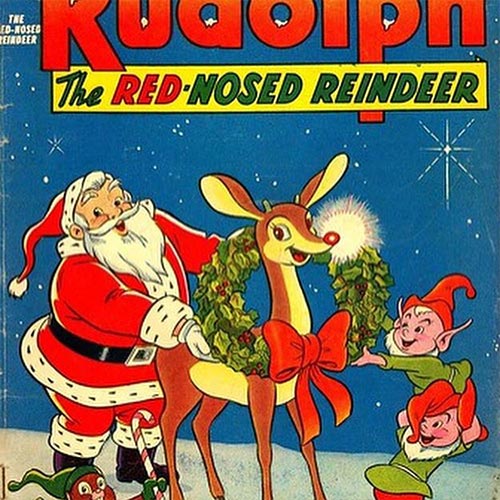 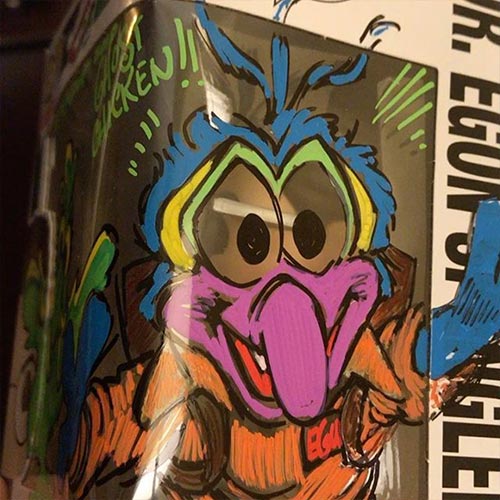 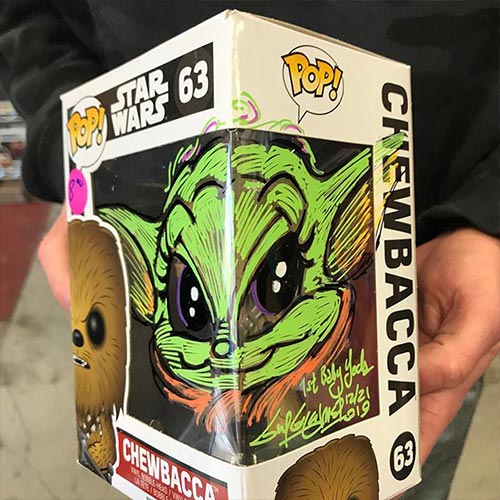 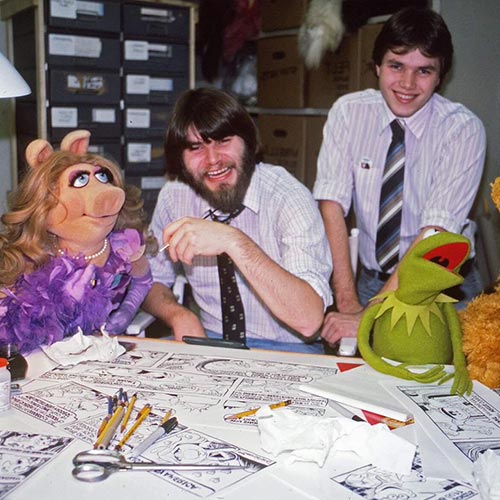