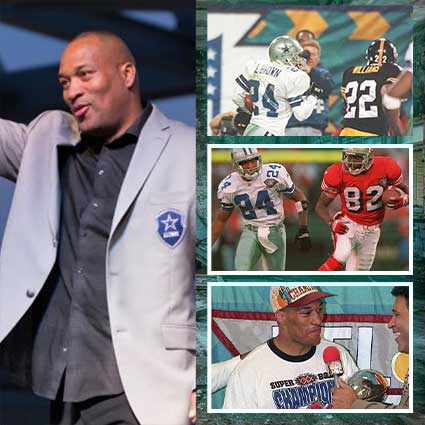 Brown was drafted in the 12th round of the 1991 NFL Draft by the Dallas Cowboys. Although there wasn't many expectations for him at the start of preseason, he surprised the coaches with his play, even though he quit training camp for a few days because of personal reasons and also had a brief hospitalization that was thought to be appendicitis.

He became the first Cowboys rookie to start at cornerback since Ron Francis did it in 1987. He was also named to the NFL all-rookie team.

In 1995 with the Cowboys having discussions to possibly sign the flashy free agent cornerback Deion Sanders, Brown was on his way to becoming a nickelback until Kevin Smith tore his achilles tendon in the first game of the 1995 season against the New York Giants on Monday Night Football. The move went from a luxury to a need and Sanders was signed the following week, while Brown remained in the starting lineup and responded with the best season of his career.

Brown was a pivotal member of 3 Super Bowl championship teams and although he was considered the weak link of the defense, he more than held his own against some of the best wide receivers in NFL history, like Jerry Rice, Art Monk, Cris Carter and Sterling Sharpe. Rice had some terrible games playing against him, which led Brown to claim that he owned Rice, a statement that came back to haunt him after the 1994 NFC Championship Game.

Brown became a free agent immediately after his Super Bowl MVP performance and used his award as leverage to gain a lucrative contract with the Oakland Raiders. But he was a disappointment and was waived after playing just 12 games in two years for the Raiders.

He returned to Dallas for the 1998 season, which would be the last year of his playing career. He retired with 14 career interceptions, which he returned for a total of 210 yards and two touchdowns. He also recorded two fumble recoveries. 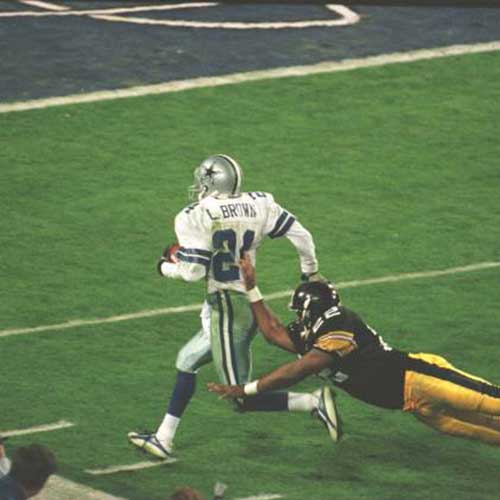 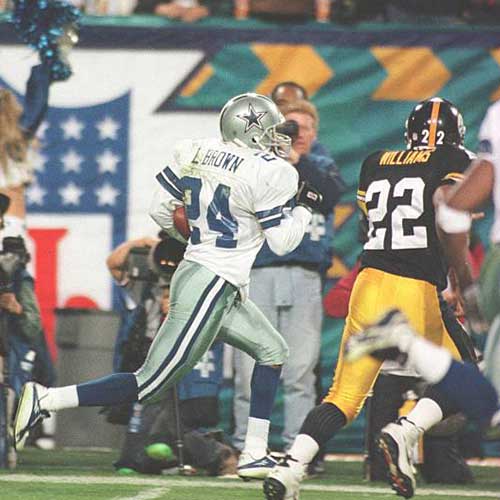 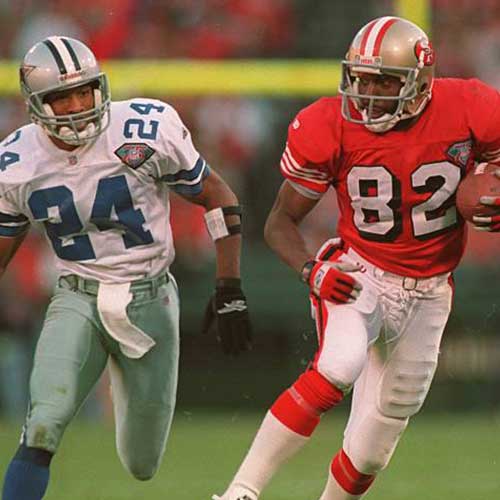 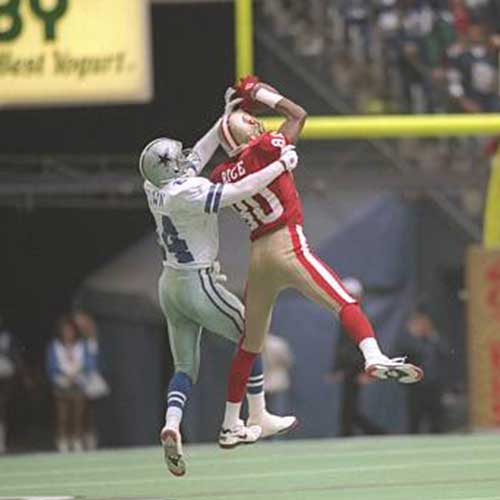 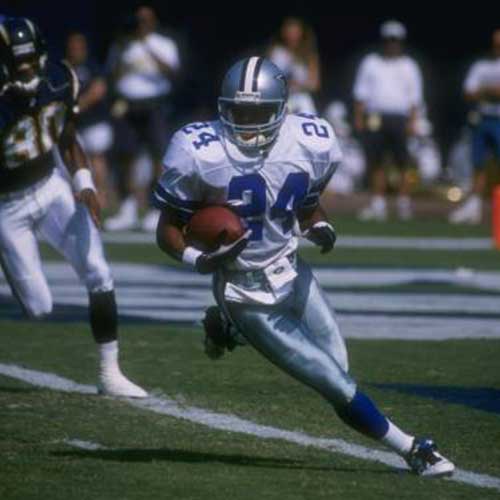 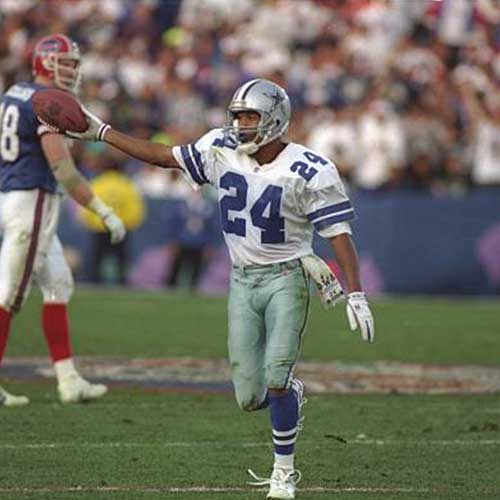 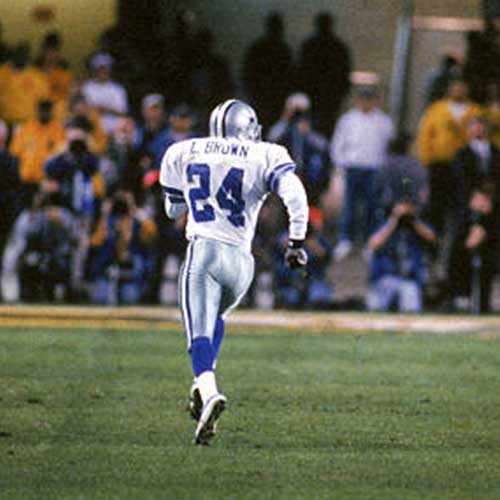 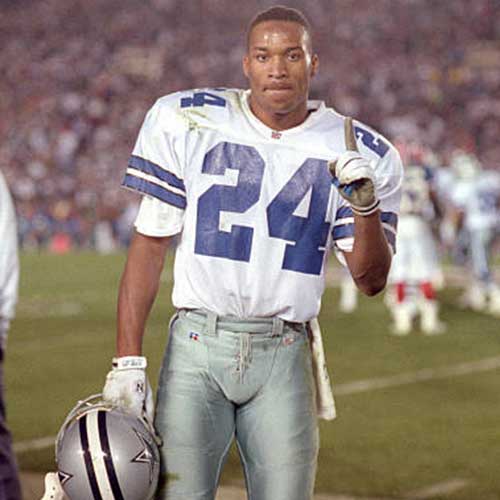 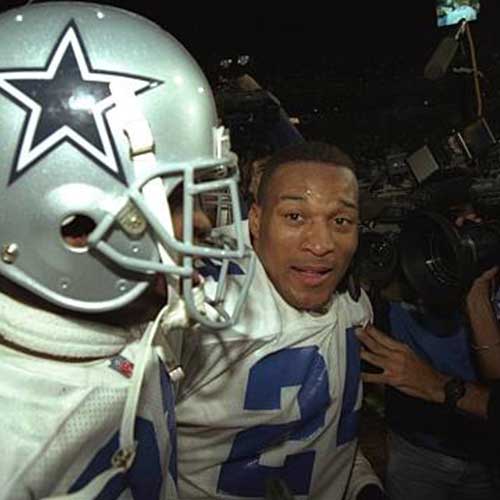 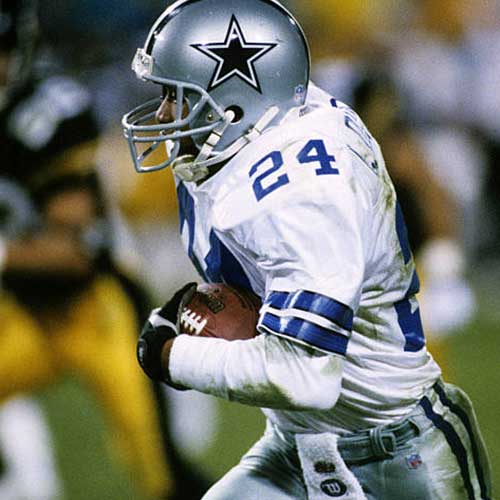 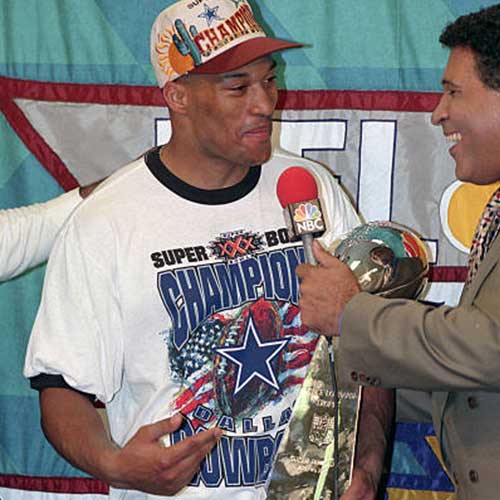 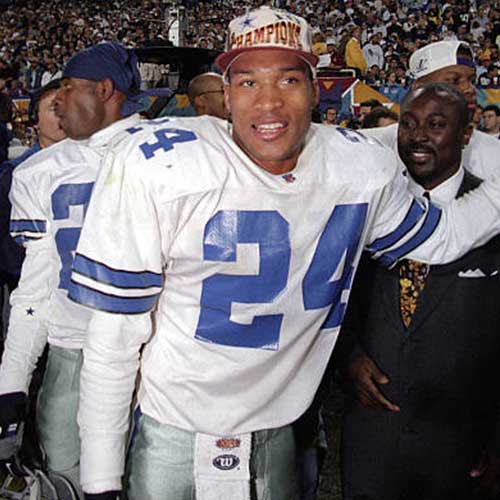