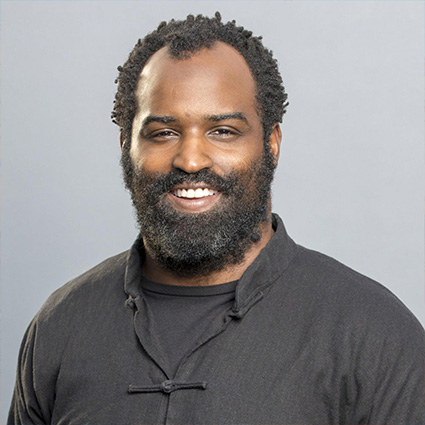 Errick Lynne "Ricky" Williams Jr. (born May 21, 1977) is an American former football running back who played 12 seasons in the National Football League (NFL) and one season in the Canadian Football League (CFL). He played college football for the University of Texas, where he was a two-time All-American and won the Heisman Trophy. Williams was drafted by the New Orleans Saints fifth overall in the 1999 NFL Draft and spent three seasons with the team before he was traded to the Miami Dolphins in 2002. He played for the Dolphins for two seasons and retired for the first time from football in 2004. Due to his suspension from the NFL in 2006, he played for the Toronto Argonauts that year. Williams re-joined the Dolphins in 2007 and played with them until 2010 and spent the 2011 season with the Baltimore Ravens. He was formerly an assistant football coach at the University of the Incarnate Word and is currently a football analyst for ESPN's Longhorn Network. In 2015, Williams was inducted into the College Football Hall of Fame.

Williams accepted an athletic scholarship to attend the University of Texas, where he played for the Texas Longhorns football team from 1995 to 1998. Williams holds or shares 20 NCAA records, and became the NCAA Division I-A career rushing leader in 1998 with 6,279 yards (broken one year later by University of Wisconsin's Ron Dayne). Williams had a sensational senior season, highlighted by rushing for nine touchdowns and 385 yards in the season's first two games; rushing for 318 yards and six touchdowns against Rice; rushing for 350 yards and five touchdowns against Iowa State; and rushing for 150 yards against Nebraska's Black Shirt defense. He helped beat longtime rival Oklahoma rushing for 166 rushing yards and two scores.

Williams broke the NCAA career rushing record during the annual rivalry game held the day after Thanksgiving (this particular year fell on November 27, 1998) between Texas and Texas A&M. Needing only 11 yards to break Tony Dorsett's 22-year-old NCAA Division 1-A all-time rushing record (6,082), Williams approached the line of scrimmage with 1:13 left in the first quarter; taking the handoff, Williams spun through clearing blocks by left tackle Leonard Davis and left guard Roger Roesler. After surging past Texas A&M linebacker Warrick Holdman, Williams took advantage of a lead block by fullback Ricky Brown and then streaked down the left sideline. Williams then powered through a tackle attempt by Texas A&M safety Rich Coady at the A&M 12. He then took advantage of a block by wide receiver Wane McGarrity, barging past cornerback Jason Webster's tackle at the goal line.

The game was briefly stopped while Williams received the game ball and was honored by a group of dignitaries including Dorsett. Williams's record-breaking run gave Texas a 10–0 lead in its eventual 26–24 upset of #6 Texas A&M. He finished the game racking up 259 yards on a career-high 44 carries. He broke the NCAA Division I-A career rushing touchdowns and career scoring records in 1998 with 73 and 452 respectively (topped one year later by Miami University's Travis Prentice), and rushed for 200 or more yards in twelve different games (an NCAA record he shares with Dayne and USC's Marcus Allen). Williams won the 64th Heisman Trophy, becoming the second Texas Longhorn to win this honor, joining Earl Campbell.

Williams was sometimes known as the "Texas Tornado".

Along with Earl Campbell, Williams has his own statue on the grounds of Darrell K. Royal – Texas Memorial Stadium, on the University of Texas campus in Austin, Texas. Both Campbell and Williams have statues at the stadium to honor their Heisman Trophy wins. 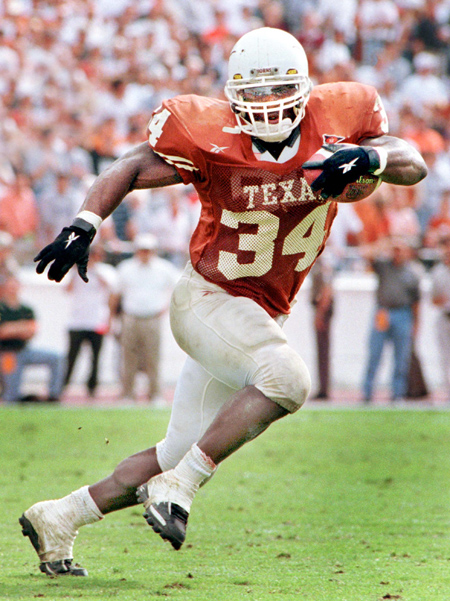 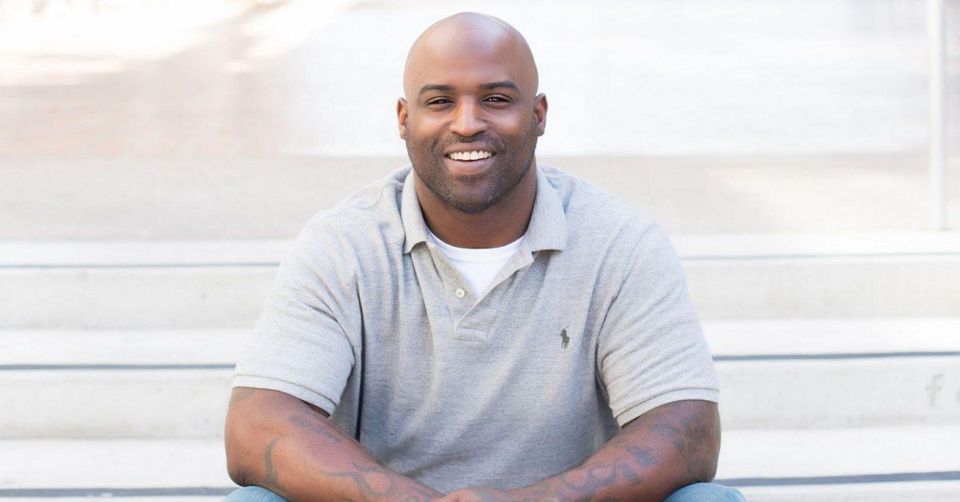 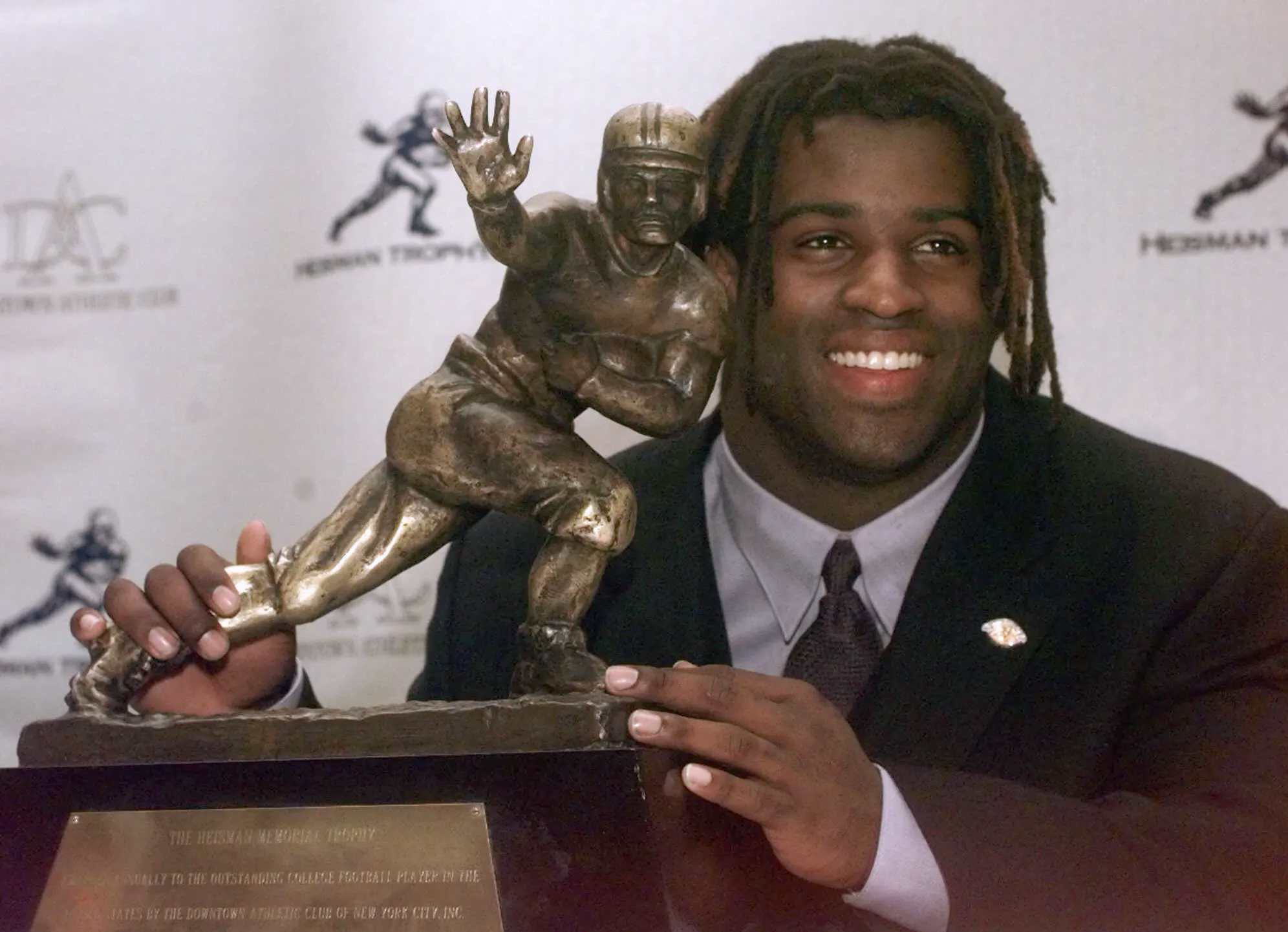